How Does Chemical Pollution Affect Dolphins?

Dolphins are mammals that have a very thick layer of fat under their skin, which runs through most of their body. In addition to contributing to the constitution and shape of the body, this layer performs the functions of regulating the internal temperature, providing a secondary source of energy and protecting internal organs from blows or wounds caused by predators.

At present, the chemical contamination caused by human beings through oil spills, persistent organic pollutants (POPs), and other wastes that include heavy metals such as mercury, copper and selenium, have caused negative effects on the health of the populations of dolphins. Many of these chemicals enter their body through food, and accumulate and magnify in the layer of fat or organs that eliminate toxic substances (such as the liver and kidneys).

Bioaccumulation of pollutants in the body of the dolphins occurs because they do not have the mechanisms to dispose of them from their body.  These accumulated chemicals remain in each level of the food chain, so that its concentration increases as they ascend to the highest levels (top predators such as dolphins); that is, they biomagnify.

The incidence and prevalence of these compounds in the system of the dolphins cause their body to deteriorate leading to problems in the functioning of the lungs, hormonal disturbances and deterioration in the immune system. In addition, studies suggest that females may transfer these substances to their offspring through the placenta or breast milk. 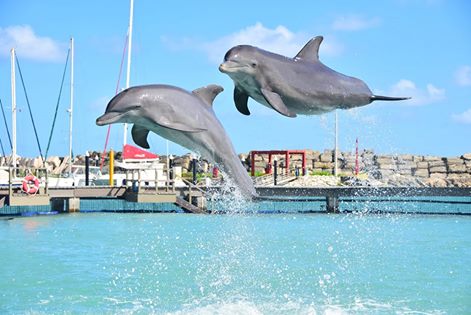 Experts agree that the factors of pollution caused by the human being have been the cause of death of many dolphins in recent years, which has been determined through the analysis of stranded specimens, and the taking of samples from wild specimens.

*Endo, T., Haraguchi, K. y M. Sakata. 2002. Mercury and selenium concentrations in the internal organs of toothed whales and dolphins marketed for human consumption in Japan. The Science of the Total Environment, 300: 15-22.

Receive every news, event and promotion,
straight to your inbox.